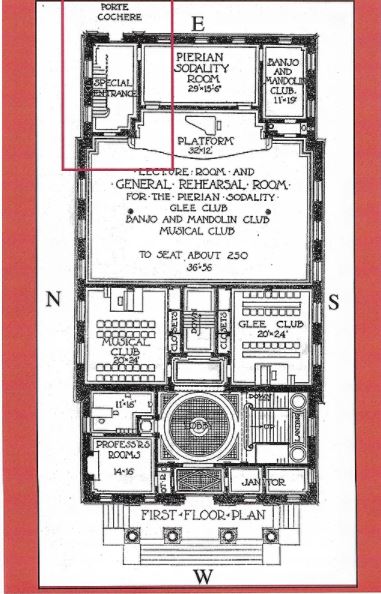 From the very beginning of the Pierian Sodality of 1808, its alumni formed a club of "graduate members" so that they could continue playing together after graduation. In those early decades, the Pierian Sodality had less than a dozen members, consisting mostly of winds (including several players of wooden flutes and a serpent). This rag-tag ensemble, however, was more than adequate for their concerts of popular songs and ubiquitous serenading.

In 1837, Pierian alumni created a more permanent organization for College graduates and "others of kindred tastes resident in this vicinity." They called it "The General Association of Past and Present Members of the Pierian Sodality," later known as the Harvard Musical Association, which still exists today. In the early years, the HMA provided sheet music to the Pierian Sodality from its magnificent music library, at that time the best in the Boston area.

Over the years, as the Pierian Sodality became the Harvard University Orchestra and finally the Harvard-Radcliffe Orchestra, it has been run by the students themselves, supported by the University (which provided space, and, in later years, paid the salary of the professional music director) as well as by a loose network of alumni and parents.

As pictured on this page, the 1907 floor plan for the Music Building (completed in 1914), featured a "Pierian Sodality Room" as well as a "General Rehearsal Room" for the Pierian Sodality, the Glee Club, and the Banjo and Mandolin Club.

It takes a village to support an orchestra, and the orchestra's activities have expanded along with the size of the ensemble and its artistic aspirations. The orchestra has gone on tour since the nineteenth century, at first to New York and Philadelphia, and later further afield, to Europe, Asia, and South America. With its tours, the HRO serves as an ambassador for Harvard and builds the orchestra's reputation as one of the best student orchestras at a liberal arts college in the country. But tours are expensive. The story of the HRO running out of money and being stranded on one of its tours in the 1960s may be apocryphal. In any case, a more robust support system was clearly needed to accompany the orchestra's growing musical ambitions.

On April 28, 1966, a group of alumni and alumnae officially founded the "Harvard Pierian Foundation," now known as the Harvard-Radcliffe Orchestra Foundation. The officers and board were: President, Leonard Baron; Treasurer, Howard L. Brooks; Secretary, Benjamin H. Lacy, with Margaret F. Mann, Cecilia D. Saltonstall, as well as the brand-new conductor of the HRO, James Yannatos. The new foundation aimed to "assist in the work of the Harvard-Radcliffe Orchestra in all ways which are deemed proper by the corporation."

Many people have devoted time and energy to serving on the Board of the Harvard Pierian Foundation, now the Harvard-Radcliffe Orchestra Foundation. Some of the founding members served well into the 1980s or '90s, including Howard Brooks, Benjamin Lacy, Margaret Mann, and Cecilia Saltonstall. Other members who served for a decade or more include John Bethell, Eric T. Clarke, Archie C. Epps, Nancy and Rolf Goodwin, Christine Ausnit (-Hood), Carl H. Pforzheimer, and Albert K. Webster. Musical luminaries including Leonard Bernstein, Yo-Yo Ma, and Doriot Anthony Dwyer are to be found among former HROF Board members. Professors from Harvard's Department of Music, including David G. Hughes, Reinhold Brinkmann, and (currently) Anne C. Shreffler have also served over the years.

Since 1966, the Foundation has continued to follow its original aim, providing financial support, mentoring, and practical assistance to the HRO in ways large and small. The nature of the Foundation's assistance has steadily evolved from providing assistance mainly for tours to its current broader mission to support a variety of needs. Timpani heads need to be replaced; extra players and vocal soloists are needed for Wagner, Mahler, and Shostakovich; music needs to be rented or purchased. We support the cost of singers and ringers for special concerts, such as Act One of Wagner's Die Walküre on September 29, 2018, and Mahler's Second Symphony (in collaboration with the Harvard choruses) on April 20, 2018. Behind the scenes, the Foundation funds instrument repairs, music rentals, music lessons, and professional coaches who run sectional rehearsals. The annual HRO retreat, also supported by the Foundation, has become a treasured ritual, providing an opportunity to forge the orchestra's sound through a weekend of intensive rehearsal and to build community by integrating the new freshman members.

The Foundation also provides HRO with mentoring and professional advice as needed, without impinging on the orchestra's artistic independence and self-governance. Members of the Foundation have been generous in sharing their extensive personal and professional network of contacts with the orchestra; this aspect was particularly valuable in planning the Argentina tour. Advice about budgeting, planning for tours, and other practical matters has also been gratefully received in recent years.

In addition to supporting the orchestra, the current Board actively reaches out to HRO alumni and alumnae through its closed Facebook group and through social events, with the goal of connecting alums with the HRO and with one another. We aim to expand our outreach to alums by announcing upcoming HRO concerts and tours, circulating news about the orchestra and its current members, and using the Facebook group as a forum for memories and reconnecting with old friends. We encourage you to post photos and reminiscences of your time in HRO!

Future plans include live streaming select HRO concerts and providing downloads of concert audio files. We are currently developing a database and mailing list to connect alums across the world, who could then get together to play chamber music, hold "watching parties" for the streamed concerts, and share their HRO experiences. There will soon be a "memory bank" portion of our website with relevant and interesting historical information about the orchestra.

We also encourage you to get involved in supporting the HRO: make a donation, consider joining the Board, or just cheer from the sidelines! The HROF Board holds four meetings a year, on Sundays after each HRO concert, as well as an annual retreat. Here are some pictures from our retreat in September 2018. 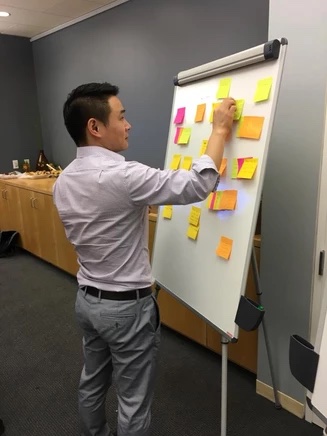 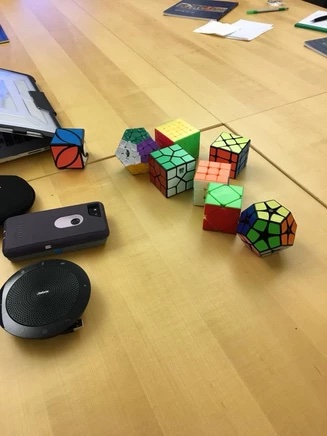